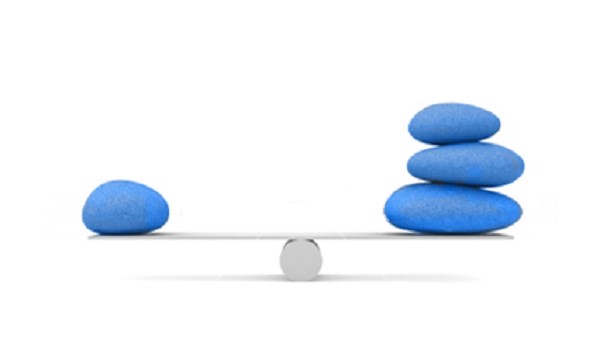 Chong is a restaurant owner selling noodles. His business was doing great for a few years until a new competitor opened a similar noodle shop nearby.

Desperate to win back his former customers, Chong reacted by expanding his menu to include more variety of food beyond noodles. He created more attractive choices and combinations of set meals for his customers.

Chong had to close down his restaurant the following year.

Conventional wisdom suggests that we need to do more to gain more. The prevailing belief is this: we deserve more if we put in more, not for anything less. Only that is fair.

Examples: We need to….

The purpose of this article is to challenge that – it’s not true all of the time. In many cases, as we innately know, it turns out that the opposite is true and makes more sense.

As we have just entered the New Year, many people set new resolutions and goals. We are determined to do more this year than the last; to be happier, more successful, and achieve whatever legitimate goals and accomplishments.

Evidently, many people do not achieve success by working harder and doing more. We know some (or it could be you) who suffered fatigue or were disillusioned with work and life as a result.

Our resources are limited – precious time, energy and money. There is only so much of each we can expend before we run dry.

I coach business owners and leaders to perform, lead better and get bigger results. The direction that they usually take is to think more and do more. It is good that they gain newfound courage and impetus to run.

There would come a time when going in that direction (doing more) reaches a diminishing return. We would rethink and take a more strategic position; smarter way of operating before they reach the burnout state.

Here’s a little secret: you can begin at a better strategic position right from the start.

There are at least 3 ways you can coach yourself or your clients to get more with less:

Using the 80/20 Rule, re-arrange the priorities according to the highest values first. It’s amazing that many people who know this rule do not practice this. We get lost in the daily busyness and movements and mistaken that for productivity.

“Don’t mistake movement for achievement. It’s easy to get faked out by being busy. The question is: Busy doing what?” ~ Jim Rohn

“He who would travel happily must travel light.” ~ Antoine de St. Exupery

Do you need more to get/be more? Challenge the conventional formula and turn it around. Let your creative flow and explore with the following formula instead:

Here are some examples:

To be more happy, worry less.

Play around with new ideas without being critical. Some may appear illogical or ridiculous – don’t be quick to judge them.

For instance, ‘To profit more, sell less’ may sound counterintuitive at first. And that is precisely how we miss out on creative possibilities: by dismissing those ideas as ‘bad’.

Instead, ask curiously, “What if that is true? What new possibilities can emerge?” and “How can we do that?”

Be open to the possibility that less is more. You may be pleasantly surprised. Play around by reversing the conventional thinking.

One of the more useful coaching questions I’ve learned (from the book, ‘The Coaching Habit’ by Michael Bungay Stanier) and used in my coaching practice is this:

I coach many achievers and they are naturally driven to achieve their goals. Yet many times, they do not accomplish whatever they say they would do. They fail to keep their own commitments.

During the coaching conversation, I have no doubt that my clients are genuinely committed to their goals and action plans. However, interferences and distractions, the usual enemies, often show up. Therefore, it is crucial we identify and anticipate them.

One of the bolder requests I make these days in asking for their commitment is this: “If you are saying ‘Yes’ to (whatever they desire to achieve), what are you saying ‘No’ to?” I get my clients to list them down and hold them accountable to abstain doing them.

We are living in challenging economic times that require more of us. But we need not be swamped by the increasing demands.

Allow challenges to push us to look in a more creative direction without being overwhelmed.

The ‘less is more’ philosophy can go a long way in uncovering new possibilities and creating value. More importantly, when we focus on doing less but doing it well, we’re less burdened and scattered. We gain more fulfillment and freedom.

For this New Year, ask yourself what do you really want, and how you can achieve them with less. Be open to the possibility that it can be easier than you think.

Coach Hwai Tah (ICF-PCC) stands in the gap of where organisations and individuals are and their extraordinary future and dreams. He engages leaders in thought-provoking conversations; he helps them to make profound shifts to achieve big professional and personal goals.

Operating from his base in Malaysia and the surrounding region, Hwai Tah’s specialized areas of coaching includes Performance, Leadership and Life Coaching.

Hwai Tah is also the founder and author of Coaching-Journey.com.

by VICKS KANAGASINGAM Positive thoughts fuel your happiness. Negative thoughts fuel your sadness. Our feelings changes throughout the day – happy or sad/anger based on how we manage our thoughts that directly manages our “passion”, directly shown in our “actions” – that produces the “outcome”. It’s important to quickly identify the type of thoughts you…

by JERI XIE No One Says It Is Easy  When your mother pushed you out of her womb, it wasn’t easy for her but she still did it anyway. She knew it was going to hurt but she knew she would receive the greatest joy when she could finally see your face. While she was going through those sufferings for hours, your dad witnessed the pain and was…

by HT LEE We cannot teach people anything; we can only help them discover within themselves.” ~ Galileo Galilei That is a burden in my heart to share principles that I believe would make a profound impact to people’s lives. Principles that changed my life, how I see and experience life and everything. But sharing deep…

by ARMELLE STOLTZ Do you know that gender diversity creates greater value among a team? Most companies which have gender diversity at top level are experiencing higher results. Why is it so? Men and women are equal in numbers, not equal in value. Then you need both to go further.

by NADEGE ESTEBAN-FRUTOS Empathy means: “putting yourself in the other person’s shoes” or “seeing things through someone else’s eyes.” As a coach, undoubtedly, empathy helps us to build a deep, trustful and safe connection with our coachee. By sharpening our ‘people acumen’, it also allows us to understand and be attuned to others’ feeling and thinking.

By Nadege Esteban-Frutos What are your favourite quotes? How do you use them into your daily life and into your coaching practice? I love quotes. I even keep one file on my computer where I collect the quotes that I like. As far as I remember, I have always loved quotes. I started with this…